How well do you know the McIntosh? 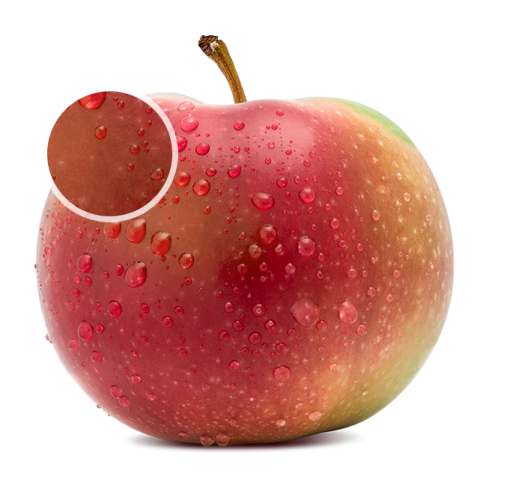 The beautiful and very popular McIntosh is recognized for its sweet and plentiful juice. Perfect for applesauce or for the lunch box, it truly deserves its celebrity status. Full of nuances, it gives off a sweet, tart and almost spicy flavour when picked fresh, which then mellows when preserved cold.

Over 100 years ago, John McIntosh was in the middle of clearing land when he discovered some young wild apple trees. Biting into their fruit, he fell in love with the tender and juicy flesh, marking the beginning of a big success story. The McIntosh family embarked on a mission to introduce this apple tree to the public. The cold-hardy tree has been a huge hit in Canada and the northern United States ever since.

A truly inspiring apple!Many decades later, Jef Raskin, an employee at Apple, was looking for an original name for a new computer. He named it the Mac, after his favourite snacking apple, the McIntosh.

Perfect recipes for this apple

Read more about "Beer and apple ribs".
Explore our recipes

Rougemont, it’s not only a family story, but also a love for flavours! We invite you to share with us your same love for cooking by submitting your favorite recipes and the story behind them.